I realized I've worked at KSKO over a year and never shared pictures on this site, just over on Facebook so I've gathered up the best. I figured some of you esteemed engineers would like to see radio happening just east of the edge of gods creation nowhere alaska. I'm damn proud of the 40 year long legacy of service the station provides, what my predecessors have been able to get done and the stuff I get to do here.

Is our set up perfect? Nope. But when you're 250 miles off the road system, have no engineer local/full/part time, you do what you gotta do. I'll gladly answer any questions about the station or rural Alaska living anyone might have.

My morning and midday host is our village mayor, I'm the program director doing mon to Wed afternoon and Friday evenings. I have a volunteer who does Thu & Fri afternoons. (Shes also a licensed ham, pilot, airplane mechanic, EMT and substitute teacher)


KSKO Studio ImediaTouch automation, Wheatstone E1 console.
Left Rack, from top to bottom:
IMT computers
Netgear switches
Wheatstone blade stuff
old NPR PRSS gray satellite recievers, no longer in use but they power the LNB on the massive mother trucker dish
NPR XDS with one on cold standby. WE only need one, but NPR shipped two.. one is left racked but unplugged with no internet so if one goes bad, we can in 5 minutes power it up, switch over programming and be back to normal. Shipping here takes a minimum of a week.
Barix box bringing in a feed from a Fairbanks station

Right rack from top to bottom
Comrex briclink which feeds our webstream which in turn feeds the 6 or so repeaters we have (thats what we call them, they arent translators, but Class D FM non Comms)
Not in use, but should be XDS for AK Pub. Radio feeds.
EAS Emnet box (monitors via satellite)
AK Pub Radio scientific atlanta reciever for news and program feeds.
EAS
BW TX V2 set at 180 Watts TPO for 90 watts ERP

Our ISP is Exede satellite. Works better than you think. Oneweb and Starlink arent available here yet. 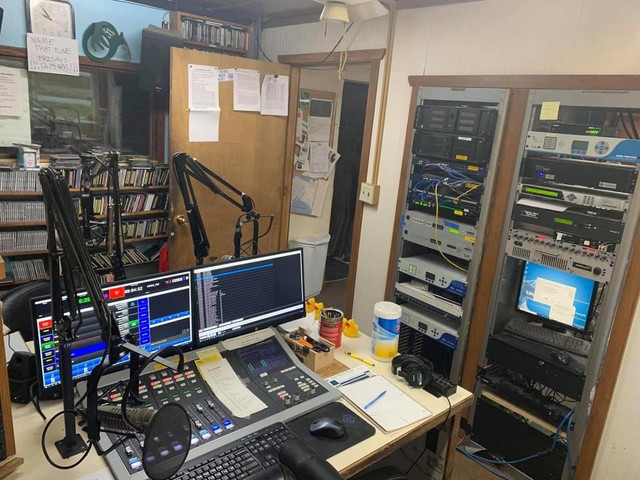 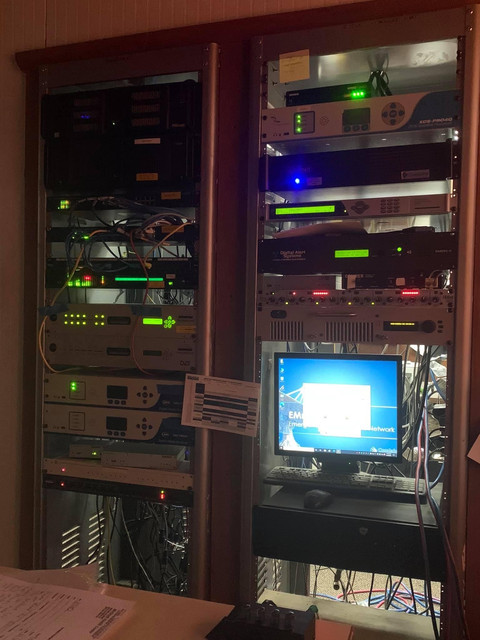 KSKO Broadcast Tower Scala FMO turnstile at the top producing 90 watts ERP. The dish just below it is the old STL for now deleted and completely dismantled KSKO 870. The yagi below that is the old KSKO 870 transmitter to studio telemetry link. KSKO 870 was all generate powered, costing upwards of $60,000+ a year just for gas not taking into account generator maintenance costs. 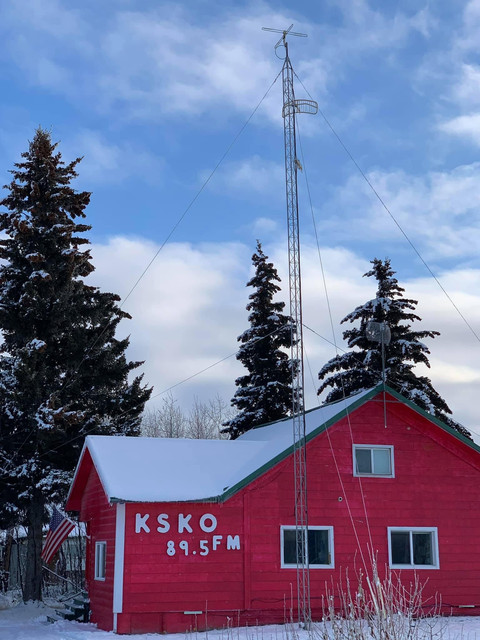 KSKO Satellite dishes THe one facing the camera is for AK Public Radio live feeds, the much bigger and higher up one is a direct NPR feed. You'd think they wouldnt accumulate snow because of the look angle, but they do.. I found out the hard way when I had NO audio at 5pm one day last winter from the statewide 30 minute public radio newscast. Go outside, the dish is caked top to bottom in snow. I brush it off wityh a snow rake, reboot the Scientific atlanta and were good to go. 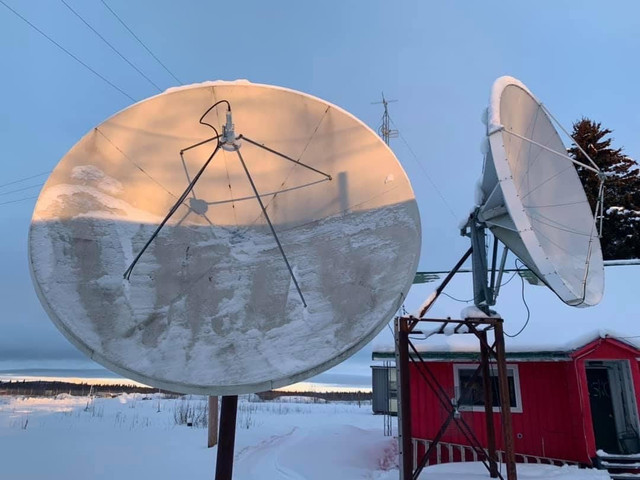